You & A Bike & A Road by Eleanor Davis 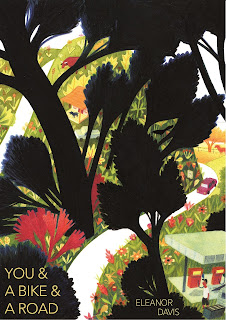 To write this review, I borrowed the book from the public library.

Note: During Cathy’s Sabbatical, Louise is composing all the reviews. Cathy returns February, 2018.

In You & A Bike & A Road, cartoonist and illustrator Eleanor Davis takes us along on her 2016 road trip as she cycled from Tucson, Arizona where her parents live to her home in Athens, Georgia. Her black & white sketches, drawn while on the road are offered as journal entries, rather than conveyed in traditional comic panels offer an immediacy; a strong personal connection between the author and you the reader.

Why she decided to do the trip?
“My husband and I want a baby so I figure I either do it now or wait 20 years.”
“ My dad built me this bike and I hate boxing & shipping bikes so I decided to just ride it home!”
What she doesn’t say is this: “I was having trouble with wanting to not be alive.”

Her keen observations of what she sees traveling alone, up to 50 miles per day, will be of interest to anyone who dreams of taking a long-distance cycling trip. Cycling so close to the Mexican border, Eleanor routinely sees border police in cars and helicopters. Mostly sleeping in her tent, she meets some interesting characters along the way who welcome her into their home.

This is a quick read, but one that I keep thinking about long after I finished. I admire Davis' artistic talent, her courage biking all alone, and her ability to admit her body is unable to continue. (Her knees give out).

Eleanor Davis is a cartoonist and illustrator. She has written Stinky and with her husband, Drew Weing, Flop to the Top, both Toon books.

This is the perfect graphic memoir to give to budding artists. And those who like riding bicycles.

Go here to see some interior shots of this book.

Posted by nonfictiondetectives at 7:00 AM 0 comments

Vincent and Theo: the Van Gogh Brothers by Deborah Heiligman 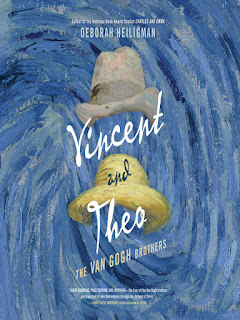 To write this review I borrowed the book from my local public library.

Note: Louise is selecting and composing all the reviews while Cathy is on Sabbatical. She will return February, 2018.

“The world would not have Vincent without Theo.”

Deborah Heiligman has penned another masterpiece (Charles & Emma).  In this absorbing biography she examines their relationship and how their strong bond as brothers and friends would last until death they did part; first Vincent and then Theo.

The book reads like a gallery talk that follows Vincent’s emergence as an artist within the framework of his relationship to his family and Theo. Seamlessly incorporated into the narrative are quotes from some of the 658 letters Vincent wrote to Theo that Heiligman used in her meticulous research.

Vincent’s pencil sketches grace each chapter, which Heiligman names Galleries. [(Gallery One: Beginnings (1852-1872)]. Fourteen in all, each Gallery traces Vincent’s growth artistically, while revealing the brothers tight bond. “They promise always to be close, to keep the bond between them strong and intimate…They will be companions in the search for meaning in life and meaning in art.”  Five pages of color reproductions of Van Gogh's pairings are grouped in the middle, including a painting of Theo, believed to be the only painting Vincent did of his younger brother.

Highly recommended for biography collections.  A must-read for anyone interested in the lives of these two deeply complex siblings.
Posted by nonfictiondetectives at 7:00 AM 0 comments 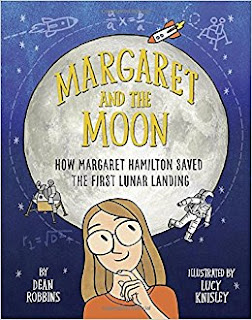 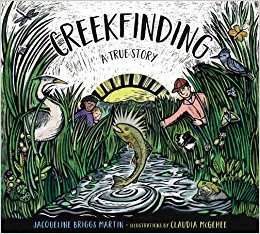 Creekfinding: a True Story
By Jacqueline Briggs Martin; Illustrations by Claudia McGehee
University of Minnesota Press. 2017
ISBN: 9780816698028
All ages
I borrowed a copy of this book from my local public library to write this review

Note: Louise is composing all the reviews this year while Cathy is on Sabbatical. She returns February 2018.

A true story of how one man, Mike Osterholm, decided to uncover and restore a long ago buried creek. The lush, beautiful illustrations by Claudia McGehee really make this environmental story come alive.

One day, as Mike was working on his farm, a neighbor explained that years ago he had caught a brook trout in a creek that once had been on that very spot. “A brook trout in a corn field? No way!”  Not many believed Mike could bring the creek back to life and fill it with brook trout, but he didn’t give up. Using an old photograph, Mike marked the creeks path. With the help of friends with big trucks, they dug and dug and dug until the water, “seeped in from the sides, raced down the riffles and runs, burbled into holes, filled the creek.”

“But a creek isn’t just water. It is plants, rocks, bugs, fish and birds."

Finally after several years, with patience, perseverance, and a lot of hard work,  Mike had a healthy creek with plants and bugs and rocks and fish and birds.

He called it Brook Creek and it is part of Prairie Song Farm in Iowa.

Back matter includes an author and illustrator’s note, and more information about Mike Osterholm.

A important addition to any library collection.
Posted by nonfictiondetectives at 6:00 AM 6 comments

NF Sightings from ALA Annual Conference at Chicago

Here are a few titles I picked up the ALA Annual Conference in Chicago. #alaac17

Note: Louise is still responsible for all the reviews during 2017 while Cathy is on Sabbatical. She returns February 2018. 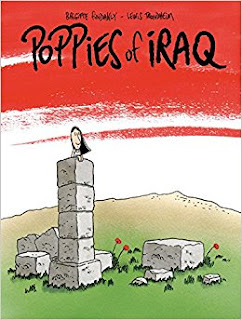 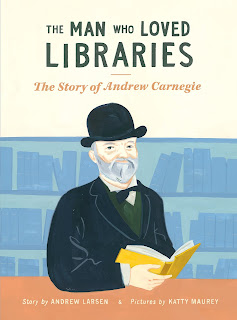 The Man Who Loved Libraries: The Story of Andrew Carnegie
Story by Andrew Larson; Pictures by Katty Maurey 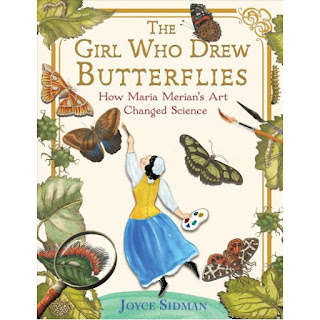 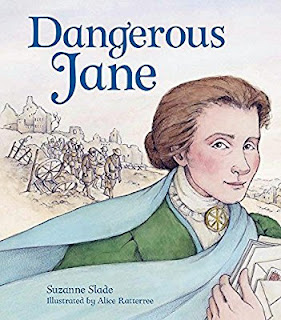 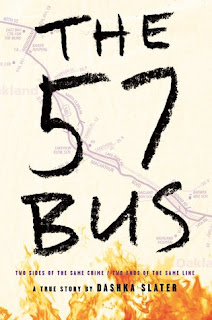