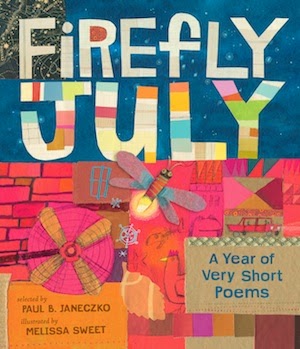 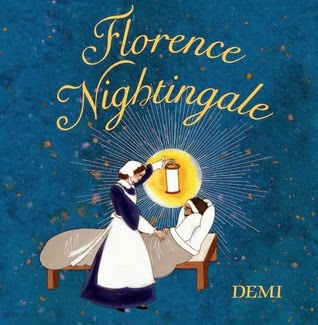 Elementary school students are often assigned a project in which students are asked to choose a biography from the school or public library, read the book, then write a report or create a project that highlights the accomplishments of the person. As a school librarian, I am pleased when teachers require students go beyond the fiction section of the library to explore biographies. When ordering books, I'm always on the lookout for biographies that are meaty enough for the research project yet written in a manner that an elementary reader can access. Florence Nightingale by Demi is exactly that kind of book.

On page one, the author introduces the time and place (Florence, Italy in 1820), which provides young readers with an historical context. From an early age, Florence knew she wanted to become a nurse, but her wealthy parents did not approve. Eventually, Florence convinced her parents that she was determined to help others, and she worked in an orphanage in Germany where she became trained in nursing.

In just forty pages, Demi captures the importance of Nightingale's work as she transformed the terrible conditions of hospitals and battlefield infirmaries into healthy and hygienic places for patients to heal. Nightingale's theories about cleanliness and germs were used to train nurses in London and were put into practice in the Civil War in the U.S. The information is laid out in a clear, concise and chronological manner and contains enough facts for research assignments, and it will also satisfy readers who are interested in the history of medicine.

Young readers will enjoy Demi's intricate, patterned illustrations that reflect the 1800s. Demi's beautifully illustrated and accessible picture book biography is the perfect book to introduce Nightingale to a new generation of readers. Visit the Macmillan site to view pages from the book. 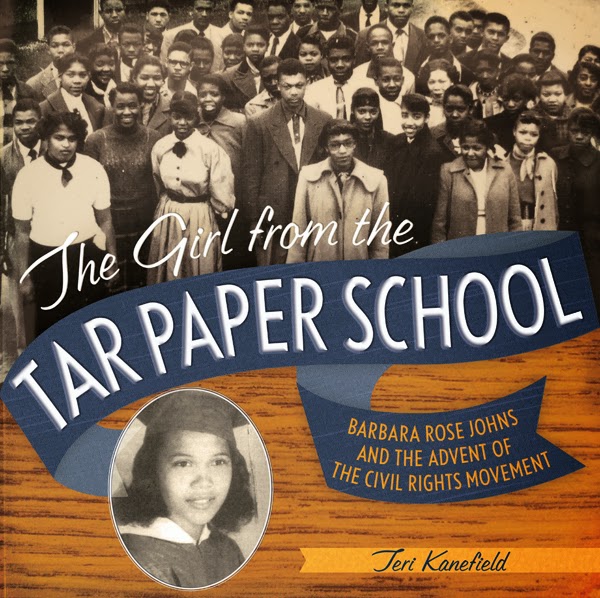 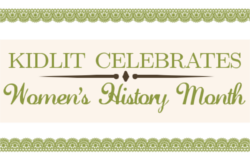 The Kidlit Celebrates Women's History Month blog is back again this year with many wonderful guest bloggers and reviews of books featuring women who made a difference. Be sure to check out today's post written by Louise and Mary Ann Scheuer from the Great Kid Books blog. 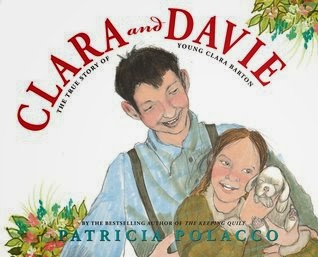 Mary Ann and Louise have written a joint review of Clara and Davie by Patricia Polacco, and they include many excellent books and resources on Clara Barton.
Posted by Cathy at 10:15 AM 0 comments

Feathers: Not Just for Flying 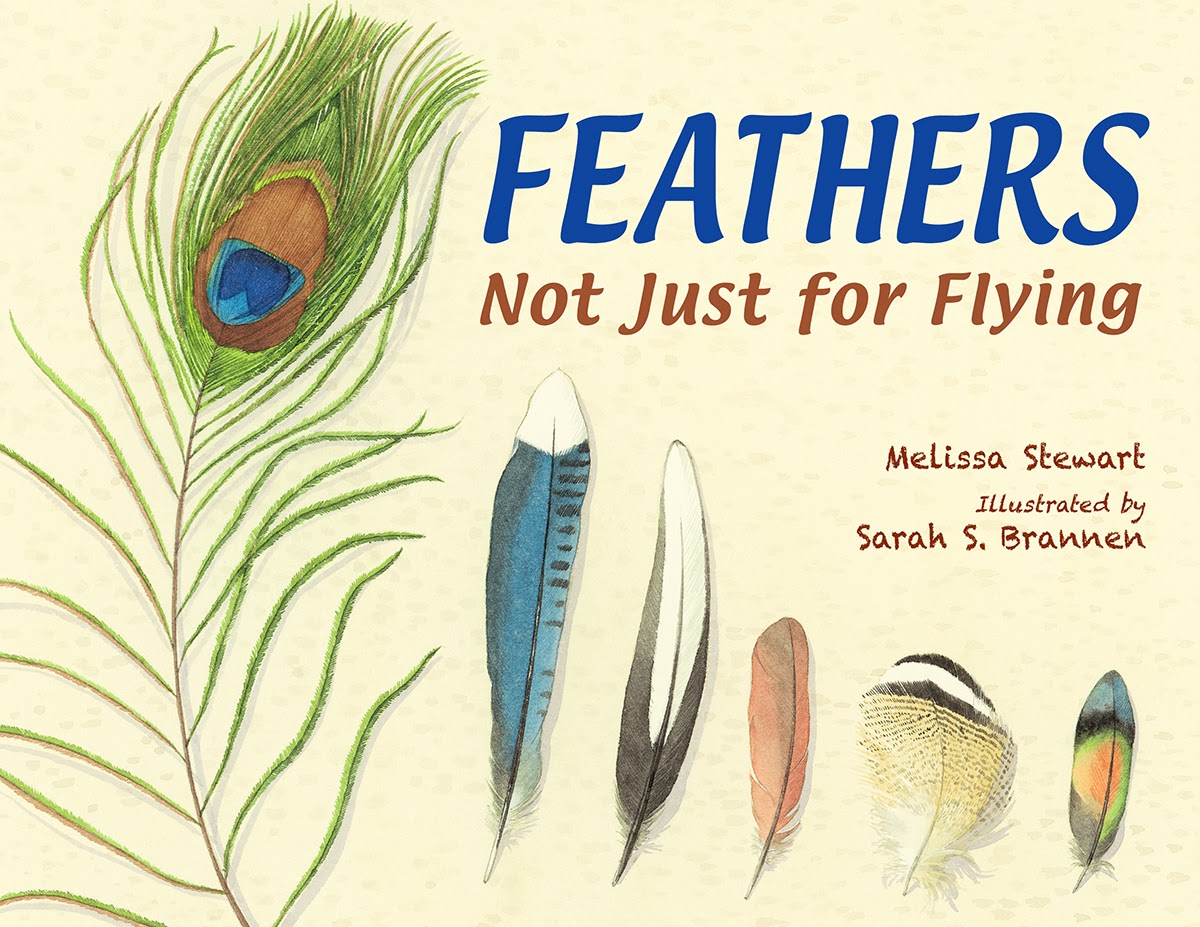 Melissa Stewart is the author of over 100 nonfiction books for children including Under the Snow, No Monkeys, No Chocolate and Inside Volcanoes. She is a prolific writer and researcher of all things science, and I had the pleasure of hosting her for an author event at my school last week.

I'm really excited about Melissa's latest science picture book, Feathers: Not Just for Flying. This is a book that is going to please everyone: children, parents, teachers and librarians. Kids will enjoy learning about how different species of birds use their feathers. Teachers will want to share the book with classes because of the rich language and similes used to describe the feathers and their uses. Parents and grandparents will want to share this book with the children in their lives.

The book is designed to look like a scrapbook full of bird photos. The primary text at the top of the page is poetic as it introduces readers to the various functions of feathers. Secondary text placed in boxes that appear as paper taped into a scrapbook, provide more information about the birds. Stewart pointed out that this format makes the book accessible to both younger children and older children.

Brannen's gorgeous watercolor illustrations will make readers think they are looking at real feathers. The illustrator effectively captures the colors, textures, and shapes of the feathers. Captions and labels provide readers with more information about each feather and bird.

Bird lovers and science-minded readers will enjoy reading the page about the different feather designs. Pair this book with Look Up! Bird Watching in Your Own Backyard to inspire readers to notice birds in their own lives. Visit the Charlesbridge Publishing site to download a readers' theater script and a curriculum guide.

Images published with permission from Charlesbridge.
Posted by Cathy at 12:00 AM 1 comments