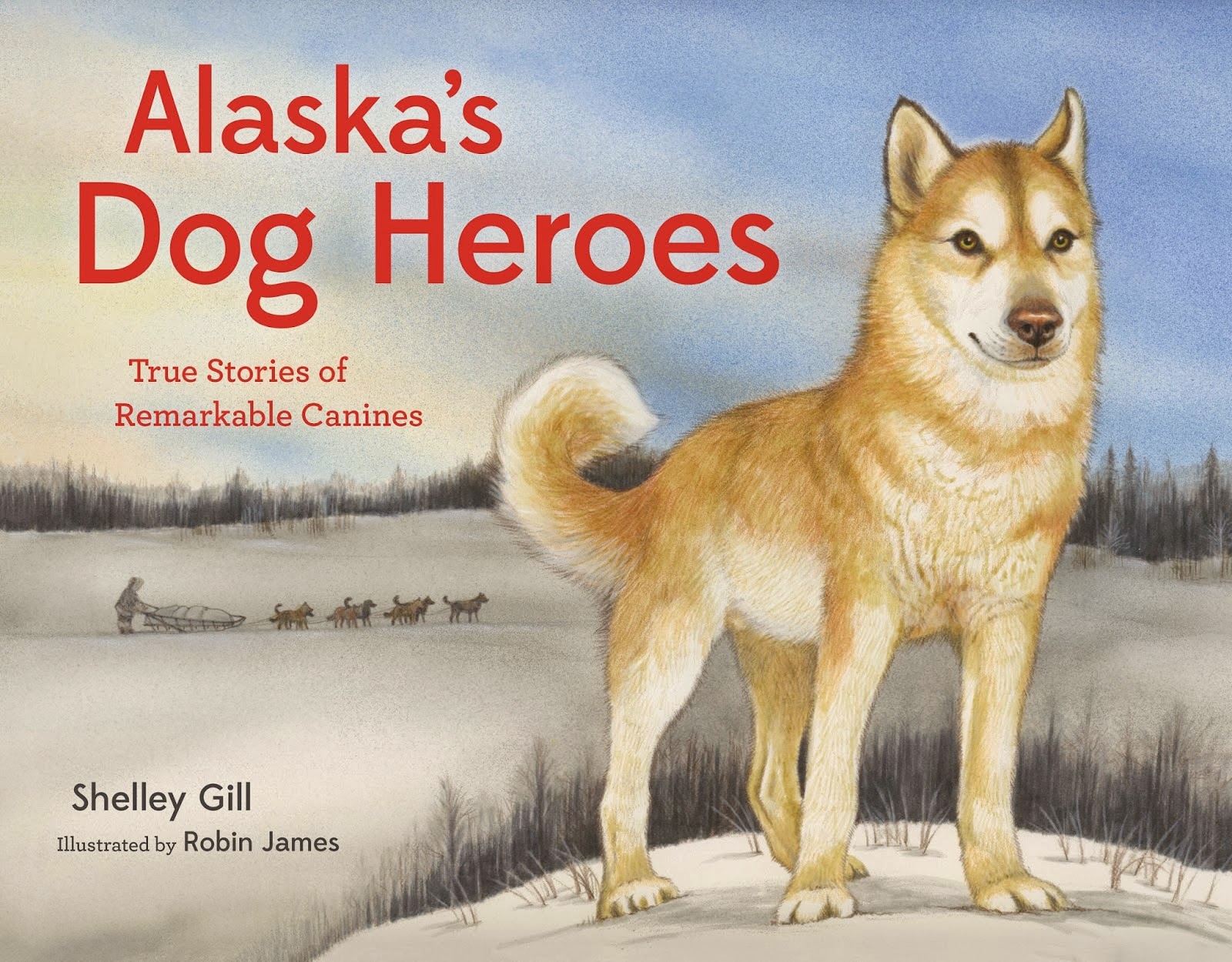 
Books about dogs are hugely popular with children of all ages. Students regularly come in asking for great stories with a dog as the main character (Shiloh by Phyllis Naylor or Saving Zasha by Randi Barrow). Before they leave they will also ask for a few nonfiction titles about dogs who work for a living. Sometimes there is more requests than I have books on the shelf.  Happily, I have another book I can recommend.


In Alaska’s Dog Heroes, Alaskan author Shelley Gill shares the stories of real-life dog heroes from Alaska’s history. There’s a German shepherd named Buddy. In April 2010, after his family’s home caught fire, Buddy ran off to help guide an Alaskan State Trooper and firefighters, who had gotten lost when responding to the call, through the twisting maze of back roads to his home. Buddy saved the day.


There’s also Anna, the little dog who  pulled an eight-dog team safely across the Arctic on January 9, 1994. Anna’s owner, Pam Flowers was the first woman to cross the Arctic alone. She couldn’t have done it without Anna.


There are fourteen mini biographies in all, including Balto, Togo, and Stickteen. Each brief entry is one page and is paired with a color illustration of the dog by artist Robin James.

Dog loves will gobble up this one.