Tommy: The Gun That Changed America 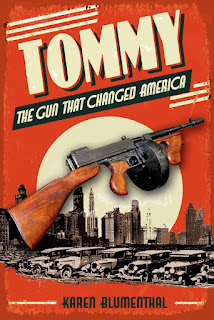 Karen Blumenthal, author of Bootleg: Murder, Moonshine and the Lawless Years of Prohibition, has written another intriguing history story for teens. In Tommy: The Gun That Changed America, Blumenthal traces the history of the Thompson machine gun from the conception of the idea by John Thompson just after World War I to the design of the weapon by Oscar Payne followed by its rise as a deadly weapon used on the streets by notorious gangsters. At the time, it was a huge improvement over the heavy, unreliable Chauchat rifles issued to soldiers during the Great War. Unfortunately, the Thompson machine gun wasn't purchased in bulk by the U.S. military and instead was smuggled into the hands of gangsters, sold to military groups in other countries, and became available in sporting good stores across the country.

The fast-paced narrative weaves together stories of smugglers, the formation of the U.S. Bureau of Investigation (FBI), the Irish Republican Army, gangsters, FDR's New Deal, labor unions and the U.S. Constitution. Despite the many subplots, the narrative remains focused on the thesis: how the Tommy gun had an impact on our society and laws governing firearms. Many chapters end with a cliff hanger or with an interesting fact that leads into the next chapter. Numerous black and white photographs, advertisements, and newspaper clippings are placed thoughtfully throughout the book. The lengthy bibliography and detailed source notes show that Blumenthal spent a great deal of time researching this topic.

Even though the Tommy gun is no longer in circulation, it had a lasting effect on our country and the gun control debate. The book contains a strong authorial voice, at times I felt like I was having a conversation with the author. Yet, Blumenthal does not put her own views into the story, she presents readers with information from all sides of the issues. The last chapter of the book focuses on the issue of gun control versus the right the bear arms. Readers are asked to consider what they think is right: the safety of the community or individual rights. This is a powerful and interesting read for history fans and would make an excellent book to share in middle school or high school history classes.

Read an excerpt from the book on the publisher's site.
Posted by Cathy at 2:00 AM 0 comments

The Impossibly True Story of Tricky Vic: the man who sold the Eiffel Tower By Greg Pizzoli

The Impossibly True Story of Tricky Vic: the man who sold the Eiffel Tower
By Greg Pizzoli 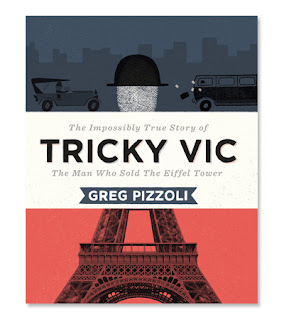 Stories about famous criminals seem to be a hot topic in my library right now. Maybe it’s because the theme for this year’s Collaborative Summer Library Program is all about heroes. (Every Hero Has a Story). Whatever the reason, National Geographic’s Weird but true! Stupid Criminals is one of the most popular books in my library. Where Stupid Criminals is a collection of humorous stories about criminals that did really stupid things that led to their capture, gifted writer Greg Pizzoli’s story is about a crook who was pretty smart. It must take a gifted mind to come up with the clever scam of selling the Eiffel Tower.

So who is this master criminal? Let’s find out.

In 1890, Robert Miller was born in what is now the Czech Republic. Smart and fluent in several languages, Miller left the University of Paris before completing a degree to become an artist…a con artist. He started by playing poker but after a run in with a jealous husband, Miller fled dry land to begin working on a transatlantic ocean liner. There he created his alias of Count Victor Lustig.

“Victor” was a convincing count: exceedlingly well dressed, soft spoken, and always with lots of money to spare at the game tables. Once the ship docked and the passengers disembarked, “Count Lustig” would disaapear, along with their money.

After conning Al Capone, fooling many with his Romanian Money Box hoax, Lustig left the U.S. for Paris. There he came up with the crazy scheme of selling the Eiffel Tower. Vic was convinced that if he could pull this off he could make enough money to secret his future for years. It was a very clever plan.

The book’s design is very appealing; the lively and highly engaging text is combined with full-page illustrations created using pencil, ink, rubber stamps, halftone photographs, silkscreen, Zipatone, and Photoshop. Throughout the book are sidebars that offer more details about topics mentioned in the text.  I liked how Pizzoi cleverly used prints of fingers and thumbs in place of showing Tricky Vic's face.

Was Tricky Vic ever captured? Yes! Twice. The first time he escaped but was quickly recaptured and sent to prison in Alcatraz. After serving twelve years, Vic became seriously ill and died in 1947 of pneumonia.

The Founding Fathers! by Jonah Winter 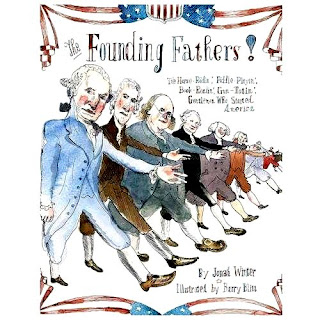 By Jonah Winter; Illustrated by Barry Blitt
Atheneum Books for Young Readers. 2015
ISBN:9781442442720
Grades 6-12
I borrowed a copy of this book from my local public library.

In March of this year, I read a piece by Seymour M. Hersh in the New Yorker Magazine entitled, “The Scene of the Crime: a reporter’s journey to My Lai and the secrets of the past.  It was Hersh in 1969, then a young investigative reporter, who broke the story of the My Lai Massacre (March 16, 1968) and it’s cover-up during the Vietnam War. In the article, Hersh writes of his reaction as he returns to the scene of the crime forty-seven years later.  It’s a very moving piece and well-worth reading.

In the article, Hersh mentions then Secretary of Defense Robert S. McNamara and refers to his memoir, In Retrospect: the tragedy and lessons of Vietnam(1995) and the documentary film, The Fog of War(2003). Both the book and film were attempts by MaNamara to find absolution for his role in the Vietnam War. As Hersh states, McNamara acknowledged in his memoir that the war had been a disaster, but rarely expressed regrets about the damage done to the Vietnamese people and to the American soldiers.

As I read the article by Hersh, devoured McNamara’s book, and watched the documentary, I thought of the quote by Sir Winston Churchill, Those who fail to learn from history are doomed to repeat it.

Okay. I know what you’re thinking. What does an article on Vietnam and Robert McNamara have to do with the book, The Founding Fathers!? Not a whole lot, except that I saw the men who, despite their differences, were willing to risk their lives in order to follow a dream; by crafted our Declaration of Independence and our Constitution.

Americans always talk about “the Founding Fathers” as if they were a group of dads who, after a brief huddle, just hauled off and founded America. But what were they really liked? In The Founding Fathers!, Winter showcases the most well-known signers to show that they were just a bunch of guys with stomach issues and wooden legs and problematic personalities—who sometimes couldn’t even stand to be in the same room with each other. In truth, these men where not saints. The fourteen are George Washington, Benjamin Franklin, Thomas Jefferson, Alexander Hamilton, John Adams, James Madison, John Jay, Patrick Henry, Samuel Adams, John Hancock, Thomas Paine, Gouverneur Morris, Benjamin Rush, John Marshall.

Don’t let the slim format with cartoon-like illustrations by Blitt fool you into thinking this book is only for the younger crowd who love history. The amount of information offered would make this interesting to middle and high school students studying American History.  The double-page spreads, using reds, blues, and brown tones, gives a brief summary of the person's accomplishments, famous quotes, and then some pretty fascinating statistical information. A full-page portrait of each signer lists name, nickname, date.

Did you know that John Jay (The Peacemaker; December 12,1745-May 17,1829) was 6' tall? Weight: skinny and thought the Boston Tea Partiers deserved fair trials. That Gouverneur Morris (The Aristocrat; January 31, 1752-November 6,1816) actually wrote the Constitution? He would risk his life and family inheritance by joining the revolution. Morris’ opinion on the Boston Tea Party? He opposed it.

Winter’s humorous tone makes this book a rollicking read. Author’s notes and a list of resources. It would have been helpful if the men listed were in some kind of order since the book does not include an index, table of contents or page numbers.

The Founding Fathers! will fit perfectly with other titles celebrating the 4th of July. 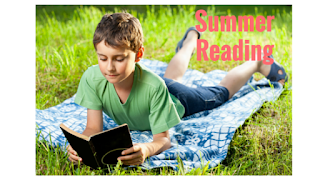 It's that time of year when schools are letting out for the summer, and public libraries are welcoming children and their families for summer reading programs.

Here is a list of nonfiction books we recommend for pleasure reading during summer months. We've linked our reviews to each book if you want to read more about the titles. 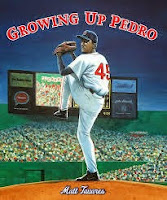 Growing Up Pedro by Matt Tavares 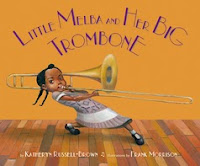 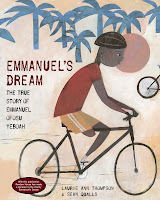 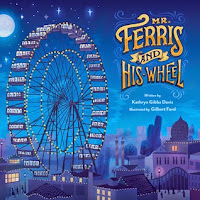 Mr. Ferris and His Wheel by Kathryn Gibbs Davis and Gilbert Ford 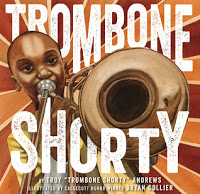 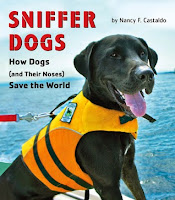 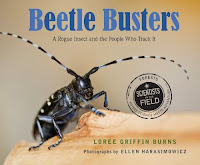 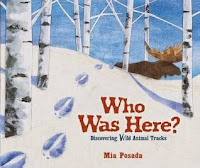 Who Was Here?: Discovering Wild Animal Tracks by Mia Posada 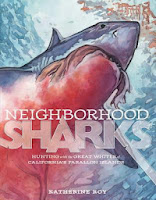 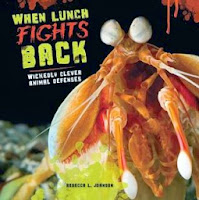 When Lunch Fights Back by Rebecca L. Johnson

The Boys Who Challenged Hitler: Knud Pedersen and the Churchill Club by Phillip Hoose 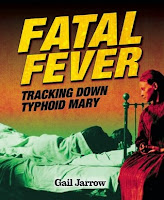 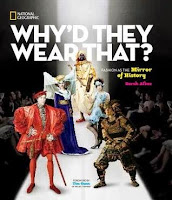 Why'd They Wear That? by Sarah Albee

The Family Romanov by Candace Fleming 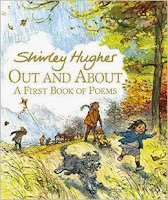 Out and About: A First Book of Poems by Shirley Hughes 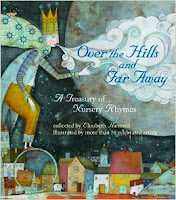 Over the Hills and Far Away: A Treasury of Nursery Rhymes collected by Elizabeth Hammill 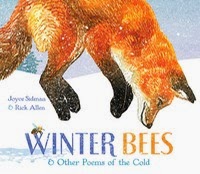 Winter Bees and Other Poems of the Cold by Joyce Sidman

Posted by nonfictiondetectives at 2:00 AM 0 comments 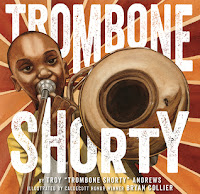 When I look at the biography section at my school library, it's hard to find a biography of a living musician. We have biographies of Duke Ellington, Josephine Baker, The Beatles, Elvis and Marian Anderson. Trombone Shorty fills the niche; it's a picture book memoir about a living musician and role model for children.

In Trombone Shorty, Troy Andrews (aka Trombone Shorty) recounts his childhood growing up in New Orleans where he was surrounded by the sounds of jazz. When he found a discarded trombone, he began playing his own music in Treme quickly earned the nickname of Trombone Shorty. After being noticed by Bo Diddley, Andrews and his childhood friends formed a band and performed after school.

"I took that trombone everywhere I went and never stopped playing. I was so small that sometimes I fell right over to the ground because it was so heavy. But I always got back up, and I learned to hold it up high."

Andrews' inspirational story and the theme of following your passion will resonate with young readers. Collier's watercolor illustrations and photo collages capture Andrews' personality and the energy of the music scene in New Orleans. The realistic style illustrations, muted colors and photos of people in the crowds give the illustrations an authentic and raw feeling. Music is represented through swirls and shapes in the illustrations. I recommend reading it aloud to children in groups large and small. Be sure to play some music by Trombone Shorty. Pair Trombone Shorty with Little Melba and Her Big Trombone or Josephine.