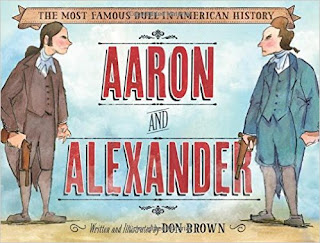 In Aaron and Alexander, the marriage of text, illustrations, and the author’s note makes this an excellent book to share with students. It is an engaging introduction to American history.
Posted by Louise at 5:00 AM