Death of a Dreamer : the assassination of John Lennon by Alison M. Behnke

Death of a Dreamer: The Assassination of John Lennon 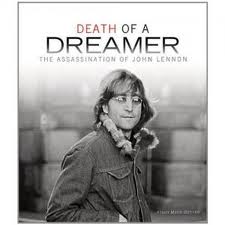 This December 8 will mark the 32nd anniversary of the assassination of John Lennon. Those who were alive on that terrible day might remember that with the announcement of Lennon’s death the world suddenly became a very confusing place. How was it possible that the man who was so outspoken about giving peace a chance could have been killed in such a violent way? My first thought was a selfish one: there would never, ever be a Beatles reunion.

In Death of a Dreamer, Alison Marie Behnke does a fine job of giving readers some insight into the man who killed one of our musical heroes. The book begins with a brief backstory into John’s childhood, his rise to fame with The Beatles, his decision to become a home dad, and his return to recording. John is portrayed as a complex person with his own demons and how he would eventually find some stability and happiness with his marriage to Yoko and the birth of their son Sean. However, all his plans of returning to the music world abruptly ended on that fateful day.

The second half of the book is about Mark David Chapman. We are told that even from a young age Chapman had a troubled “dark side”.  As a young boy, Chapman took comfort in an imaginary world populated with Little People. “They lived inside the walls of his home, with jobs and shops and schools of their own.”  Whenever feelings of anger or inadequacy surfaced, Chapman would vent his anger on the Little People. “I had a button on the arm of the couch in the den. When I pushed it, it would blow up the houses where the Little People lived. Sometimes I would kill hundred and thousands of them. Then, after I calmed down later, I would apologize. They always forgave me.” Clearly, the man had serious problems that were never discovered until too late.

The book includes many interesting black & white photos, quotes from people or articles from that time. Sidebars in red offer additional information are throughout the book. In one sidebar, Behnke tells that there are some conspiracy theories surrounding who really was responsible for Lennon’s assassination. I had not heard any of them.  Also in this book is a Timeline, Who’s Who, Source Notes, Selected Bibliography, For Further Information, and index.

Growing up, John Lennon was my favorite Beatle. I felt, as so many people did, that the violent way he died was contrary to what he stood for: World Peace. His motto “all you need is Love” was the message of his generation.  To die for no reason but from a deranged fan seemed wrong. Behnke does a good job of explaining Chapman’s motives for killing Lennon without sensationalizing.

Posted by nonfictiondetectives at 5:30 AM